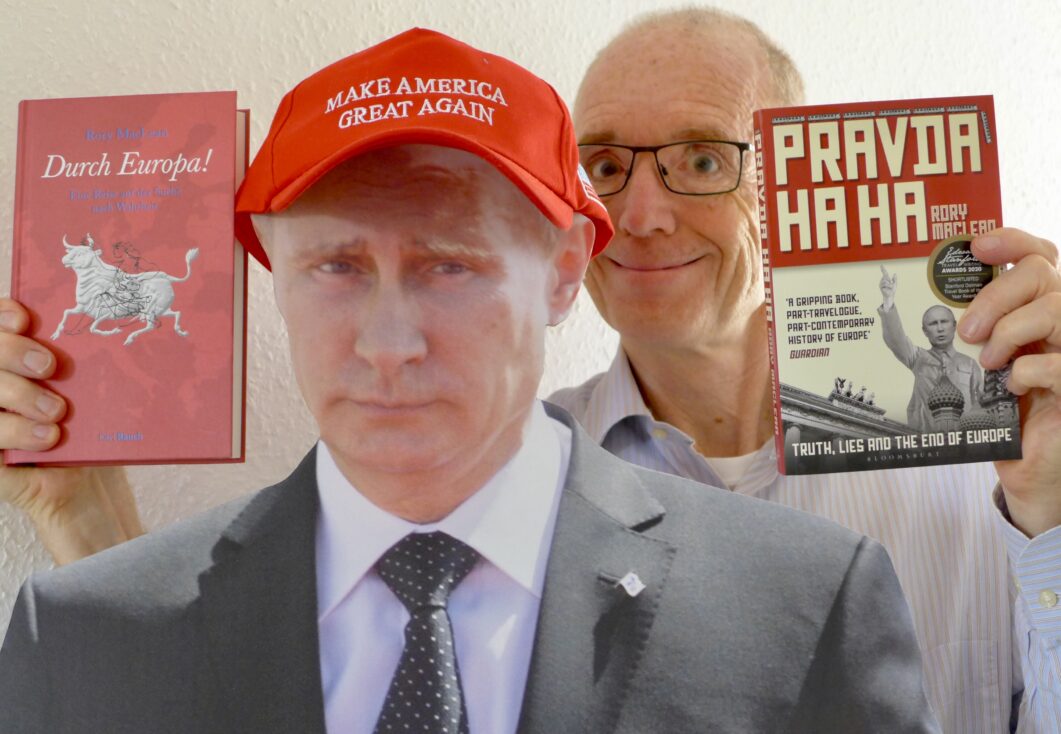 With a few dozen days to go until the US election, and only weeks until the UK’s political insanity casts it adrift in the North Atlantic fog, the lies are coming thick and fast. In their hunger for power, our honourable leaders (ha ha) have lost all sense of responsibility to anyone other than themselves. Indeed, their bankrupt morality has engendered such disregard for truth and propriety that some are emboldened to poison their opponents, prepare to break international law and call in the troops.

It’s no surprise that Russian officials insist that Aleksei Navalny, the poisoned Russian opposition leader, fell ill due to heavy drinking or low blood sugar, despite the detection of a form of the nerve agent Novichok in his blood. But when has a British cabinet minister announced in the House of Commons an intention to knowingly break the law? When has a US presidential adviser ever called for martial law if voters don’t return his old boss to power? This is a profoundly serious moment in modern Western political history.

In Pravda Ha Ha, I trace how the lies that shaped Russia have come to shape our world. I’ve outlined those lies in Canada’s Globe and Mail. I wrote that in Soviet times, Russians survived by lying. Only by spouting dogma could someone excel at school, win a place at university or secure a good job. Ideology was used, not believed. The Communist regime itself had to lie to survive, falsifying the past, pretending that no honest citizen needed to fear it. Its leaders trumpeted about serving the people, then shook up the political order to retain their grip on power. But we in the West lack this bitter Soviet experience. So today many of us gobble up the lies as truth, and our own disingenuous operators – unprincipled politicians, media barons and digital kleptocracies – have learned how to use the same techniques to target and manipulate our behaviour, to shape us. As the West sleepwalks into a perilous new age, opportunists – from Putin to Trump and Johnson – have made a joke of truth.

Hence it’s particularly timely – to my mind at least — that the UK paperback of Pravda Ha Ha is released this month, along with its German edition. Retitled as Durch Europa! Eine Reise auf der Suche nach Wahrheit, it was launched last week at the internationales literaturfestival berlin. It’s a beautiful and faithful translation, rendered into German by the renowned Bernhard Robben who has previously worked with Salman Rushdie, Ian McEwan, Patricia Highsmith and Philip Roth.

Today’s audacious and despicable deceptions remind me of the story of a less-than-faithful Irish translator, commissioned to translate a Russian novel into English. An old neighbour of mine – the late Marion Boyars – published the book only to discover months later that the translator had added pages and pages of his own text, “adjusting” the original to suit his whims. Not quite the same level of mendacity as Trump and Johnson’s re-writing of facts and promises, but none the less more gob-smacking chicanery.

At this serious moment in modern political history, we need to find a way to keep faith in tolerance, empathy and the promise of the future. We need to be aware of how our behaviour is manipulated, and so empower ourselves to manage it. We need to be wary of simplistic interpretations and seductive fictions. “Vote like your life depends on it – because it does,” former president Barack Obama has advised Americans. Democracies are good at correcting their errors as long as individuals – that means, you and me – stand up for clarity and truth.